Android devices are more customizable and, therefore, more complicated to use, lacking the elegant interface of iOS apps. They are also generally less expensive, thus becoming more mainstream – especially in global markets. Google operates in a much more open environment, making it easier on the developer but causing some chaos in the marketplace. For example, developers can use multiple billing systems, making it more difficult for a user to purchase an app and causing lower conversions for app developers utilizing premium billing or in-app purchasing. They also have ad-hoc quality control for apps with minimal central vetting, creating a confusing marketplace and major piracy problems. In a recent article, my company reported that premium developers are seeing 100 pirated app installs for every one legitimate paid app install. For developers, app development and porting can be more difficult due to the fragmentation of devices, while device manufacturers can turn off features, adding additional complexity.

Android Market is not as influential as Apple’s App Store in-app discovery by users, so strategies to rank high are not as impactful. Also, the Android Market handles rankings a bit differently than iOS, causing bursting campaigns to be less impactful.

Similar to iOS, third-party ad networks, especially those focused on apps, perform well to drive user acquisition. Since payment-based business models are not performing as well for app developers, there is an even greater supply of ad inventory, which is driving down the rates versus iOS. Expect the cost to acquire a user to be less on Android.
Carrier and handset partner deals. It is reported that Google is sharing advertising revenue with carriers and handset partners that use Android.

The more you know about the device and platform, the more effective you will be in promoting your app. The smartphone market is changing rapidly, so it pays to do your research and adapt your user acquisition strategy based upon the audience you are targeting. 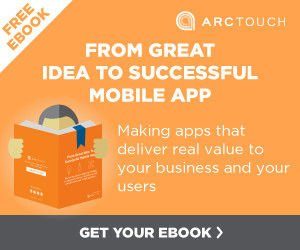